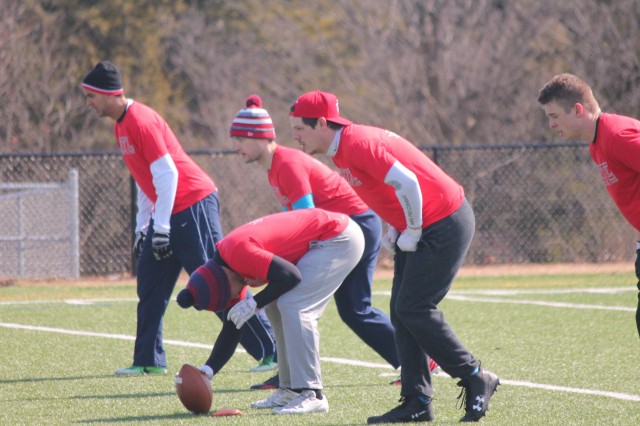 It only took six-weeks but we finally had our first week of spring weather, and what a week it was. We saw weather nice enough for shorts. We had three-different teams scores 30 or more points. And we witnessed a tightly contested battle between two-teams looking to prove themselves as Championship contenders.

Here is your Week 6 Recap.

Transmission Depot kicked off Week 6 with a display of dominance. With Scugog Sportsware and Brent’s Plumbing nipping at their toes, Transmission picked up a much needed win to hold on to their spot as the league leader in wins. Rob Pacas threw four-touchdowns to Braeden Pacas (2) and Alex Leonidakis (2), while the defence smothered the Cops squad with three-interceptions, and a sack.

Coming off of a tie in Week 5, Scugog Sportsware came out this week with something to prove. Brandon Pottle dominated the game on both sides of the ball, throwing four-touchdowns, while picking off veteran quarterback Buzz Bezzant twice, including a pick-six. Drew Pottle was also a major factor in this game, as he snagged himself a pair of touchdowns, while kicking three-one extra points.

Our final game of the day was a good one. Despite what the score says, there was plenty of offence throughout this game; as both teams drove the field on almost every play, but neither team was giving up points once their opponents were in the red-zone. The difference maker in this game was David Delgado, who not only kicked an extra-point, but also caught a two-point conversion.