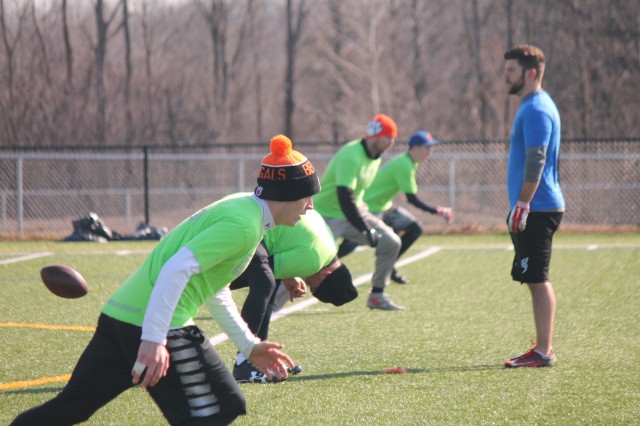 This is turning out to be one of the better seasons in ETFL history. These teams are so evenly matched that we have a four-way tie for first place at the moment. With Week 3 in the books we saw two tightly contested battles early in the day, both of which came down to the wire. We saw a rookie quarterback pick up his first win of the season. And we saw a second-year player make a name for himself defensively in the final game of the day.

Here is your Week 3 Recap.

This was a game folks. Brandon Pottle is putting the league on notice with another solid performance at quarterback. The Scugog offence scored early and often, but Transmission Depot was not going down without a fight. They dug themselves out of an early hole to make it a five-point game, but simply could not finish on the final drive. Transmission remains one of the teams to beat early in this seasons schedule, but Scugog showed that they too are one of this seasons top dogs also.

This was a battle between two very good teams, but ultimately Moody Construction was able to capitalize on an injured Brent’s Plumbing squad. It was a back-and-forth battle on both sides of the ball. But veteran quarterback Mike Bezzant was able to do enough to get it done this week. Mikey hit three-different receivers for touchdowns including Toi Simon who also had an interception.

Rob Wagner made easy work of a Dawksports defence missing some of it’s best players. Those same players were missed greatly on offence as well. Despite the score, rookie quarterback Jelani Adams threw the ball considerably well. But without four of his top-six draft picks was unable to connect with players to extend drives into touchdowns. After back-to-back rough weeks, the Cops squad finally gets to savour it’s first win of the season.

With a win over Hampton Regal, Direct Elevator moves up into a four-way tie for first place. Veteran quarterback Buzz Bezzant had himself a day throwing multiple touchdowns to multiple receivers this past week. Hampton Regal’s only score of the game came at the hands of a pick-six by second-year player Eric Perez-Salas. Rookie quarterback Kyle Shaw had his moments in Saturday’s final game of the day, but struggled to punch it in when it counted.