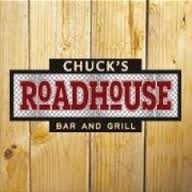 Attention all ETFL Members!  Football is BACK!

The Draft night for the upcoming Spring Session has been officially scheduled for next Wednesday (Feb. 22nd) which means only one thing; Spring football is coming.  Play begins on March 11th and we are excited to get this season/summer underway!  All ETFL Members are encouraged to join us on Draft Night for good times and exciting draft action.  This sessions Draft is being held at Chucks Roadhouse in Whitby, below are directions from the 401 for those of you who wish to join;

CHUCKS ROADHOUSE WHITBY - 1650 Victoria St. East - Exit HWY 401 at Thickson Rd., head South to Victoria, hang the left at the intersection to head East. At the next set of lights and turn left into the 'Home Depot' Plaza.  Chucks Roadhouse parking is immediately to your left as you pull in.

Hope to see you all there!